Food editor Amanda Faison talked about how she selected this new crop of noteworthy restaurants.

The March edition of 5280 Magazine will be out on newsstands on Friday, featuring Denver’s Best New Restaurants. Food editor Amanda Faison shared with Eater some details about the selection process, narrowing the list down, and more.

How many restaurants made the cut this year? Ten. Last year was the first time that we had had 10 in several years and it’s great to have 10 again. More than anything, it shows how much it is happening here. The years in the past when we had eight, it was because there simply were not that many great places to select from. The list this year was a hard one to put together. There were a lot of contenders.

Tell us how many? 36 is what I had on my research list. This is where I really started narrowing down from. Obviously, this is from all the restaurants that opened within our timeframe. Those 36 were contenders in the last couple of months of so, and then I narrowed it down from there. 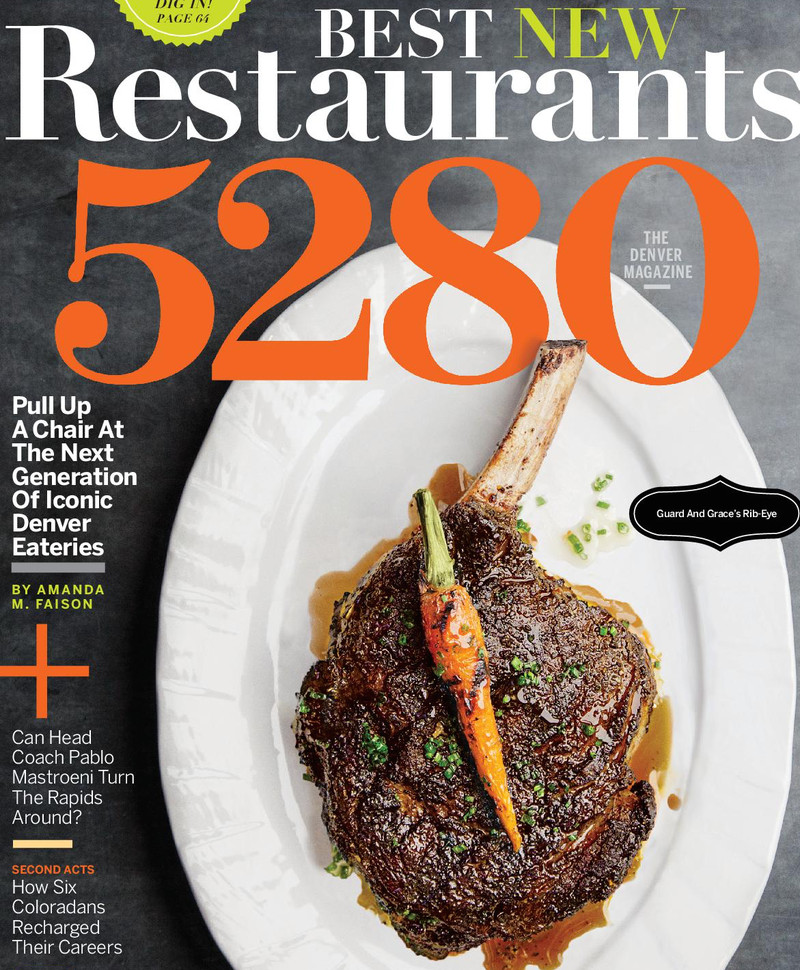 What does a restaurant need to do or be to qualify for this list? There is a timeframe first: Our cutoff date was December 1st. A restaurant has to not only be open by that date but also to have opened within a length of time that gives a sense of what the restaurant is going to be like and allow it to work out its kinks. That actually wipes a lot of restaurants that could have been contenders. Someone might ask why isn’t a place like Biju’s Little Curry Shop considered? Because it didn’t open in time. Aside from they timeframe, the food has to be great, the service needs to be good, the ambiance has to make you want to go back.

Explain the order in which the restaurants are listed in the magazine. We never rank the best new restaurants. Never done it, never will. Whatever order they land in, it is simply a function of design. I turned them in in alphabetical order.

Some of the restaurants here were also on the magazine’s 25 Best Restaurants list. Why is that?They are still within the year time that we consider. Just because they landed on the other list, it doesn’t preclude them from being on this list at all. I am specifically looking at a year’s timeframe rather than what we have written about in other issues of the magazine. 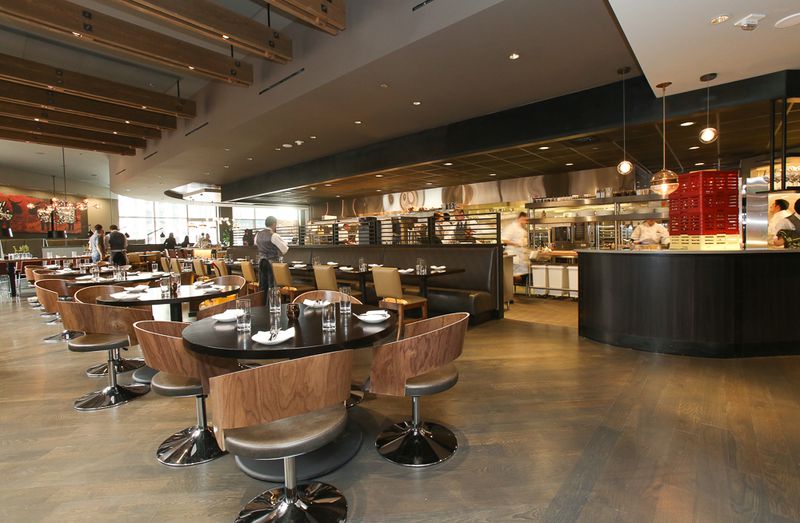 Is there a common thread you see among the 10 you selected? All of them are really fun and interesting. They are not all casual restaurants, but they are approachable in a different way. Guard & Grace, for example, would not be considered a casual restaurant but you can still go there for lunch or happy hour and not feel like you are spending an absurd amount of money. We have a bagel place on here and a pizza place, and depending on where to go to Mercantile, it is really accessible too. During the day, there are sandwiches and salads and granola and yogurt. The lineup we have here shows the depth of Denver/Boulder’s food scene. It shows what is happening. This is a moment in time. Many of these places are getting a lot of buzz, but they really are the places that I want to go to again and again.

What can all or most of these new restaurants Improve upon? Service almost across the board. That is true pretty much everywhere in town these days not just in the new places. I think that is because there are so many restaurants vying for the same good servers and there are just not that many of them. Some service hits are worse than others but really everyone can bone up on that. The other thing is desserts. Dessert programs are pretty disappointing in Denver right now not just for these restaurants but most of the other ones. 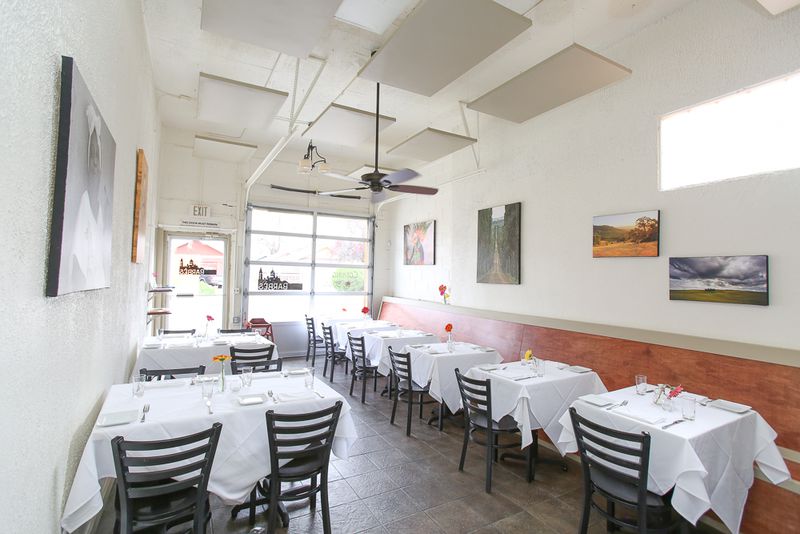 Is there a restaurant on this list doing a good job on dessert? Bistro Barbes had a couple of great desserts. One of them was a quince tarte Tatin with foie gras ice cream that was unusual without being gimmicky. It just really worked. Guard & Grace also has a good dessert program. It will really satisfy you. Dessert is something restaurants in general should really consider. When someone orders dessert, it is the last impression of the restaurant. Why wouldn’t you want that to be as extraordinary as the rest of the experience? 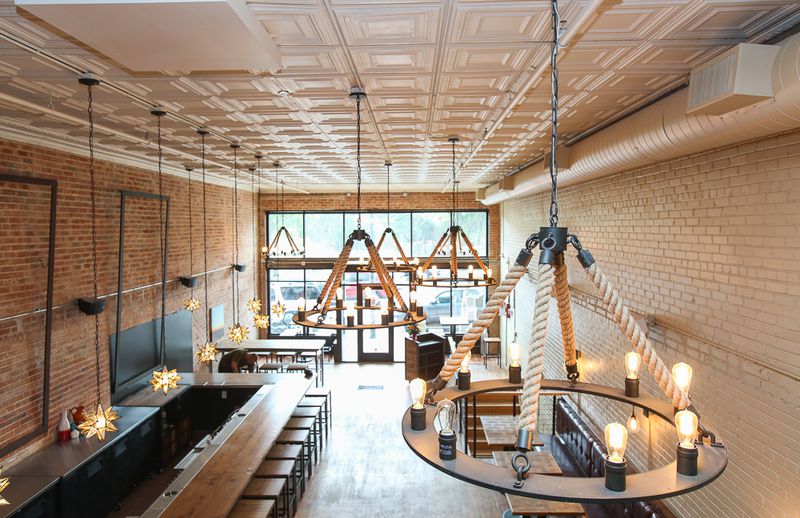 What was your most memorable meal at a new restaurant? I think Lena really took me by surprise. I went back in quick succession and could not wait to go back. I loved the food, how casual it was in a slightly elevated way. It’s noisy but a fun and vibrant experience. I felt so taken care of and was ready to run back there for another meal.

Are there specific trends you noticed among the restaurants on this list? It seems like everyone is going more with cocktails. Some wine lists here are thin. I’d like to see some more thought put into it. We are such a cocktail culture now that everyone seems to be going in that direction, which doesn’t necessarily mean that they are all successful. There’s barrel aging and batched cocktails, big trends that continue to grow and lots of seasonal ingredients in drinks too. Most of the places on here serve seasonal food- minus of course Rosenberg’s but that is because they serve bagels. Still they cure and smoke fish and meats in house; the experience that they bring to Denver is fantastic and unprecedented. 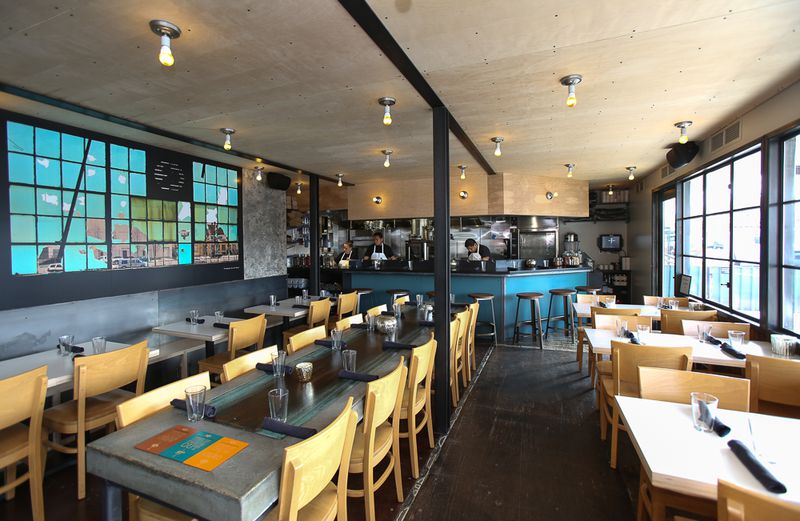 What do you think of the James Beard Foundation selection of local semifinalists? [The list included Alex Seidel of Mercantile Dining & Provision, Dana Rodriguez of Work & Class, Steve Redzikowski of Acorn, pastry chef Yasmin Lozada-Hissom, and Boulder restaurant Frasca Food and Wine] I was so excited to see Dana on there. It probably was a huge surprise, but fun and deserved. So many times, these lists are exactly what you think they will be. Dana has so much talent and through Work & Class she can really spread her wings and do what she does so well. I am thrilled that she is being recognized for that.